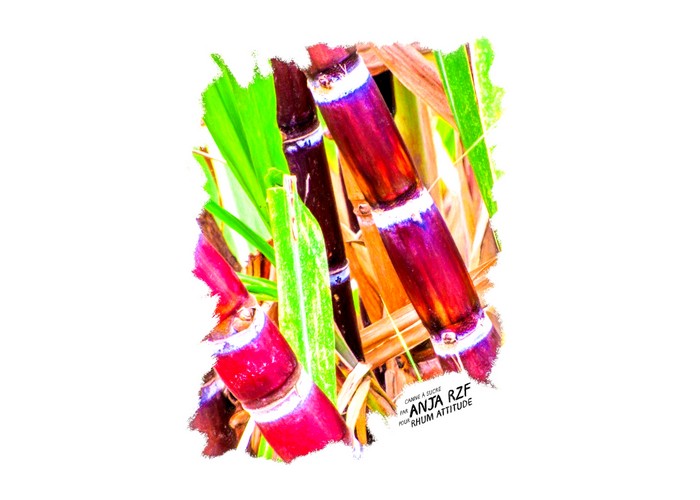 Rum has its own vocabulary, its own jargon, and it is not always easy to find your way around. Even seasoned enthusiasts wonder about concepts that can be vague, and therefore sometimes distracted from their true meaning. However, it is important to be able to understand and decipher the labels, as well as the speeches that are sometimes a little too well wrapped up.

This is why we offer you this little lexicon, a tool that we hope will serve as a cutter in the tropical jungle of sugarcane spirits.

Agricultural rum is a rum made from the pure juice of sugar cane. A rum can benefit from this appellation if it has been produced in one of the overseas departments (Martinique, Guadeloupe, Guyana, Reunion) or on the island of Madeira. Elsewhere, these rums are simply called "rums of pure cane juice".

This is the traditional still as used in cognac or whisky. Most of the time made of copper, it is composed of a tank topped by a swan neck where the vapors are concentrated. The vapors then pass through a coil where they cool and condense to return to a liquid state. This is called repass and discontinuous distillation because most of the time the liquid is passed through twice in order to obtain a satisfactory alcohol, but it is also possible to operate by simple pass. The Chamarel rum "cœur de chauffe" is an example of rum resulting from a double distillation.

An amber rum is a rum that has spent between 18 months and 3 years in casks or barrels. Under this period, it is always a white rum. Beyond 3 years, it is an old rum. We can find different appellations, amber, aged in wood, golden, gold or straw.

The Appellation d'Origine Contrôlée is a label that certifies that a rum has been produced in a certain region and according to certain specifications. Martinique is the only region in the world to benefit from this AOC, since 1996.

It is the fibrous residue that remains after the sugar cane has been pressed. Once dry, it is often used to fuel the boilers of distilleries, or to feed animals.

A white rum is a colorless rum. But it doesn't stop there because there are some subtleties. It can be a rum that has simply not been aged. But it can also be a rum that has been aged less than 18 months in casks for example, or even an aged rum filtered with charcoal, from which all its color has been removed, as for this Botran.

A rum that has not undergone any modification between its release from the barrel and its bottling. It may sometimes have been reduced during aging. This is a term that is a source of debate since in other spirits such as whiskey, no changes are made during the entire aging process. This results in very powerful and expressive rums, like the famous Manutea de Moorea selected by Rhum Attitude.

Cousin of the agricultural rum, cachaça is a Brazilian cane brandy. Made from pure cane juice, it is traditionally distilled in a still, in a single pass.

A rum that has not been altered in any way between casking and bottling. It retains its alcohol content when it leaves the cask, without reduction.

Eau-de-vie made from pure sugarcane juice (and sometimes syrup) manufactured in Haiti. It is a very artisanal product most of the time: wild fermentation, distillation in a still, bottled without reduction. It is the Velier company that has introduced these clairins to the world, working with the producers Sajous, Casimir and Vaval.

The distillation column is a continuous distillation method, as opposed to the discontinuous distillation of the repasse still. The column is fed with steam from the bottom and the wort to be distilled from the top, without interruption. The liquid flows down the column and meets the steam, which carries the aromas and alcohol with it. The most famous are the traditional Creole (copper) and Coffey (steel) columns. There are also coupled columns that produce lighter rums, and even multi-column installations that produce very clean rums. For example, Martinique 's agricultural rums are often distilled in Creole columns.

It is a principle that aims to separate the different components of a liquid according to their boiling temperature. It is a way of separating the alcohol and flavours from the water, while concentrating them.

Born from the world of whisky, this actor of the rum world plays an important role. It is a selector who does not produce its own rums, but selects them from distilleries or brokers, often offering alternative versions of officially bottled rums. We can mention for example La Compagnie des Indes, Kill Devil, Samaroli or Silver Seal.

They are part of the non-alcohols, i.e. molecules other than water and alcohol. Although they are not solely responsible, these aromatic components are the source of many flavours, and are measured to define the concentration of a rum. Jamaican rums are often defined as " high esters " and are mostly very concentrated.

This key stage takes place when the yeasts feed on the sugar in the must (pure juice or molasses), releasing CO2 and alcohol. They also create chemical reactions that give rise to all sorts of aromas.

It is often done cold (chill-filtration) and makes the rum clearer and more limpid. It takes with it the dust of barrel, but also fatty compounds, often source of flavours. It is also possible to filter on charcoal to remove its color from a rum. This is for example the case of Flor de Caña 4 years.

This practice consists in finishing the ageing of a rum in a barrel having contained another alcohol before, to enrich the range of its aromas thanks to the liquid still contained in the wood. HSE has marked the world of agricultural rum with its famous world finishes.

The foudre is a large tank, mostly made of wood, where the rum is left to rest and air. Its large capacity means that the rum has little contact with the wood. Most of the amber rums are aged in oak tuns, like this La Favorite amber.

A rum that has not undergone any modification between distillation and bottling. Like brut de fût, its definition is subject to interpretation.

Synonym of barrel or cask, it is there that age the rums. It can be of different capacities and different types of wood. Most of the time it is made of oak (American or French), but we can also find acacia or chestnut, among others. The cachaças use local Brazilian species, as for this range proposed by Soledade.

Traditional highly concentrated rum, for which vinasses have been used during fermentation. It is often used as an enhancer, to improve the flavors of other rums or certain food preparations. Lontan de Savanna is a great flavored rum.

Traditional highly concentrated rum, with or without the use of vinasses for fermentation. The term designates a high level of aromatic compounds. The rums of the Hampden distillery are often high esters.

Said of a rum made from molasses (from the industrial manufacture of sugar). Synonym: rum from a sugar factory.

A rum that contains more than 100 grams of sugar per liter. Mauritian distilleries produce excellent rum liqueurs, like Chamarel and its vanilla liqueur.

It is a pure sugar cane juice cooked, reduced to the consistency of a syrup. Typically used at Barbancourt.

It is the residue of sugar production, a black, viscous syrup that still contains sugar but is no longer crystallizable. It is diluted to prepare a molasses rum mash.

An agricultural rum that comes froma single species of sugar cane. Clément was the first distillery to offer white rums from the unique blue cane.

This consists of making up for the evaporation of the rum in the cask by filling the void with rum of the same age. This avoids too much oxidation, but above all more evaporation, because the emptier the cask, the more important it is.

Said of a rum that exceeds the " proof ", according to the British Navy, that is to say the degree beyond which the gunpowder ignites, even soaked with rum. This used to be a necessary criterion for taking rum on board military ships, although today more modern instruments are used to measure the alcohol content. It was actually a volume ratio between the alcohol and water present in a spirit. The British set the 100 proof at 57.1% ( "Imperial Proof"), and the Americans, who have kept the term, have now set it at 50%. Jamaica is fond of these overproofs, of which Wray & Nephew is a proud representative.

An agricultural rum made froma single plot of cane. Longueteau 's parcel rums have particularly distinguished themselves in this field.

This is theevaporation of rum from the barrel. It is often three to four times more important in the tropics than in Europe. (2-3% compared to 8-10%)

This is the dilution of rum with water, in order to bring it to the desired alcohol level. It must be done gently and slowly to homogenise the mixture.

A single cask, isolated for its particular qualities. As opposed to a blend of several casks.

Ageing of a small vintage. A limited production of aged rum.

An ageing process inherited from Spanish bodegas, particularly in the field of sherry. It is a pyramid of casks with the oldest rums at the base (solera) and the youngest at the top (criaderas). When rum is tapped from the bottom barrels, or when the angels' share does its work, these barrels are filled with the top barrels. It is said that the older rums "educate" the younger ones. The indicated age of rums aged in Solera is therefore often that of the oldest rum, or sometimes an average. Santa Teresa 1796 rum is one of the most famous representatives of this method.

Spiced rum, with fresh spices, infusions or syrups. These are often sweet rums. We can mention the classics such as Chairman's Reserve Spiced or Kraken.

This is the toasting or "bousinage" of the cask. The inside of the barrel is heated to create roasted aromas, to bring out certain wood aromas (vanilla, cooked fruit), and to encourage wood/liquid exchanges. With charring, it is also possible to create filtration thanks to the charcoal obtained on the surface of the wood. Different levels of heating or burning can be applied depending on the desired result. Flor de Cana rums are good examples of very advanced charring.

A rum (agricultural or industrial) that contains a minimum of 225 grams of non-alcoholic compounds per hectolitre of pure alcohol(225g/hlap).

This is the process ofmaturing a rum in a cask.

It is the residue of the distillation, the liquid that is exhausted in alcohol after the operation. Rich in acids and potassium, it is often used as fertilizer. They can also be reused for fermentation, creating an acidic environment conducive to the work of yeasts and thus very aromatic rums. The Savanna distillery, in Reunion Island, produces a highly aromatic rum for which vinasse is used for fermentation.

It is the cane juice that is used to prepare a rum mash of pure cane juice or agricultural rum.

Very Old: A rum that is at least 3 years old. It can also be called old rum or VS.

Very Superior Old Pale: A rum of at least 4 years of age.

Extra Old: A rum that is at least 6 years old. It can also be called extra old or hors d'âge.

4 thoughts on "Our little rum lexicon 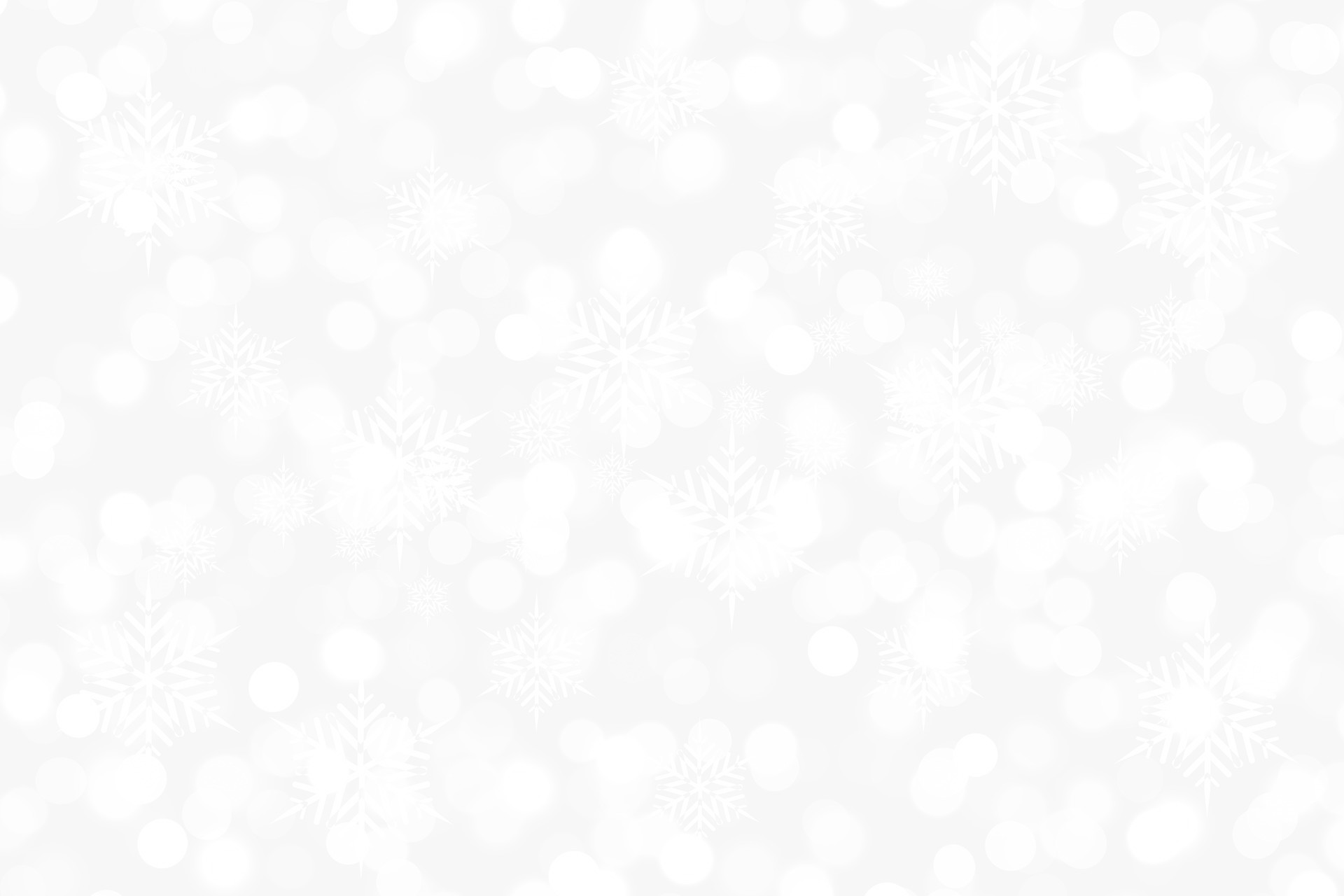